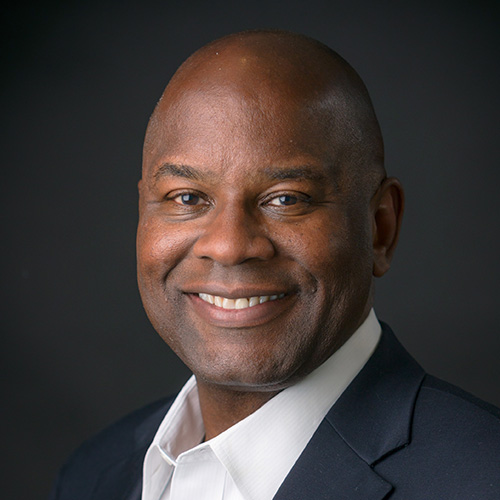 Ronald Sally, a native of the notorious north side of St. Louis, is an accomplished business executive, former professional athlete and attorney, former quarterback and captain of his college football team, and founder of an award-winning educational non-profit organization. He is a former Senior Vice President of CAA ICON, the premier venue development and management firm in the United States and business unit of renowned CAA Sports. CAA ICON’s projects include the Chase Center (new home of the NBA’s Golden State Warriors), the new stadium in Las Vegas for the NFL’s Oakland Raiders, and Fiserv Forum (home of the NBA’s Milwaukee Bucks). At CAA ICON, Mr. Sally served as Development Executive for the Golden 1 Center (home of the NBA’s Sacramento Kings) and the new professional soccer stadium in Nashville, Tennessee for its new MLS franchise, Nashville SC.

Prior to his business career, Mr. Sally played professional football in the United States Football League and was a civil litigator with the law firms of Reed & Smith in Los Angeles and Haight, Brown and Bonesteel in Santa Monica, California. A Rhodes Scholarship candidate, Mr. Sally received his Bachelor of Arts degree from Duke University where he was a member of the prestigious Dean’s List along with being a quarterback and captain of the football team. Later, he earned his Juris Doctor degree from the UCLA School of Law where he was a member of the Moot Court Honors Program and a recipient of the Florence Wilson Fellowship. He is the Founder and CEO of Project Greer Street, an award-winning innovative academic enrichment and pipeline program for African-American male students at East High School, an inner-city public high school in Denver, Colorado.

Project Greer Street students have earned admission to more than 50 colleges and universities including Princeton, Harvard, Stanford, Duke, University of Virginia, University of North Carolina, Northwestern, the Wharton School of Business at the University of Pennsylvania, and many others. The students have also earned more than $5,000,000.00 in scholarships and grants.

For his work on Project Greer Street, Duke University selected him as the recipient of the Beyond Duke Service and Leadership Award and ABC Television named him the recipient of the Everyday Hero Award. In addition, Mr. Sally is the Chief Business Officer of the Chauncey Billups Elite Basketball Academy in Denver, the premier competitive youth basketball organization for boys in Colorado. He was also the Creator and Executive Producer of the hit radio show Ajax & Angel that aired on ESPN Radio and took an irreverent look at sports, entertainment, and relationships.